What’s the deal with Reunion Tower, I know there’s a restaurant there but is that the sole purpose of it?

The simple answer is, it’s a 561 foot tall tower with a restaurant up there, a Wolfgang Puck restaurant.  It used to have an observation deck but it hasn’t been open since Wolfgang went in back in 2009. 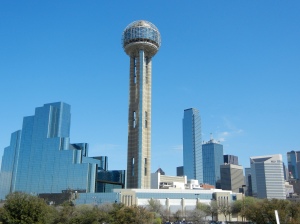 Of course the right answer starts back in the 1850’s and includes French utopian artists, an attempt to corner the world market in silver, George Washington and the Kansas City Chiefs.  Reunion Tower gets its name from a utopian settlement on the banks of the Trinity River back when Dallas was just starting out.  La Reunion, as it was called, was a utopian community of about 400 European (mostly French, Belgian and Swiss) artists, craftsmen and intellectuals.  It was founded in 1855 about a decade after Dallas was, but only lasted a few years before disbanding.  The land would be incorporated into the growing city of Dallas, and roughly 150 members of the original community ended up staying in Dallas.  They brought with them the first piano to Dallas, started its first brewery, and brought many unique trades and artists to the city.  It’s said that this is where Dallas first got its cosmopolitan feel.  How Dallas started becoming more of a cultural center and something less like a simple western trading post. 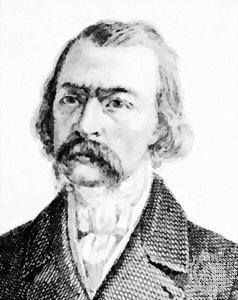 Now fast forward a hundred and twenty years to the late 1970’s and early 1980’s and why Reunion Tower was built.  Back then Dallas was in the midst of a building boom funded by oil money and what turned out to be bogus Savings & Loan development deals.  Ray Hunt, an oil man, well the son of an oil man, decided to get in on the action.  Ray was of course the son of legendary oil man H.L. Hunt, the builder of a grand home on White Rock Lake designed to be an exact replicate of George Washington’s Mount Vernon, and he was also thought to be the richest man in the world when he died.   Oh and Ray’s half-brother Lamar Hunt was into sports so he founded and at the time owned the NFL team the Kansas City Chiefs.  Also two of Ray’s other brothers had a well-publicized failed attempt to corner the entire world silver market in the 80’s.  I bring this all up, not as awesome crazy oil family stories (I’m actually leaving out the lobotomized eldest brother and an Austria Ambassador), but as proof that this family takes the “go big or go home” motto to heart. 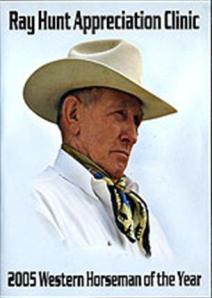 Ray Hunt…wonder who won the Eastern Horseman of Year in ’05 (RayHunt.com)

Anyways in the late 70’s, Ray was in his mid-thirties by now, and he decided that he’d get into real estate development.  The spot that he picked out was a under used, and undervalued (according to Ray) part of land just southeast of downtown.  It was a piece of land created by George Kessler’s planning and Dwight Eisenhower’s …highwaying?  A spot between the Union Pacific train tracks and the mixmaster where the I-30 and I-35 highways come together.   He planned a sporting arena, luxury hotel with convention space, office towers, apartments, and more.  Including his very own “go big” part, a 600 foot tall tower, with a ball on top.  Why?  I dunno, ef ‘em, that’s why.  If I can’t own an NFL team or corner the market in something, I’m going to build a giant tower that looks like a lollipop.  What am I going to put in it, I dunno, a restaurant or something, maybe a radio station to broadcast world domination messages?    It doesn’t matter, point is, I wanna build an iconic giant building and this is the easiest way to do it.  Oh and also the tower should have lights that can spell out messages on it in case I have to use it to send secret coded messages. 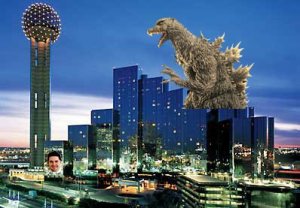 He Could have just had Godzilla attack (Pegasus News)

So Ray built his hotel, a sporting arena and a tower with a big ball on top and lights that can spell out messages, or Reunion Tower.  He didn’t get to build the rest of the development.  The project died, or lost momentum through a combination of the S&L scandals, a tanking real-estate market, lack of city investment (supposedly still a sore subject with Ray because of the City’s support of Trammell Crow’s Anatole development), and frankly a loss of interest by Ray after he found billions of dollars of oil in Yemen in 84.  But he got to build his fancy tower, 561 feet tall with three floors and lights all around.  At one time in time it’s housed various restaurants, radio stations, event venues, and an observation deck that up until the mid-2000’s you could still visit.  If you were lucky, and visited during the week, during the daytime, the attendants weren’t there, so it was free, and you could wander around there for hours.